The client was dissatisfied with the previous service provider’s impossible to follow mobile data pooling traffic and significant overbilling, the billing complaints and negotiations for a cost review were unending. The vulnerable situation stems from a significant increase in data traffic that the previous contract did not properly handle. When forming the new contract in addition to the favourable tariffs we have put special emphasis on the purchase, support, free unencrypting of the devices and also on the commercial and technical conditions of the pooling data package.

Société Routière Colas was founded on a cold asphalt-based bitumen patent in France, 1929.

A world leader in transport infrastructure works – including roads, railways and air transport –, urban developments and environmental investments, the Colas Group is currently present in 50 countries on five continents, undertaking some 100,000 projects every year with a team over 60,000 strong. Individual subsidiaries of the parent company have strong regional ties, and retain their original roots – however, they share the same values from Cambodia to Alaska: competitiveness, innovative and responsible development, flawless quality, safety and close cooperation.

The Hungarian Colas Group has been playing an active role in the country’s construction investments since 1991. Having been managed by Hungarian executives from the beginning, the holding company has become a key figure in the development of the Hungarian road network. In recent decades, Colas has built over 100 kilometres of high-speed roads in Hungary. In addition to road and motorway construction jobs, the company also plays a leading role when it comes to highly sensitive projects requiring strict organisation such as special engineering structures, urban rehabilitation and utility construction.

In 2013, SciamuS once helped with the competitive bidding of mobile services, but existing penalties and contractual conditions did not allow for a major restructuring or a service provider change. However, the project helped minimize constraints at the expiration date of the new contract, so we could execute a complete mobile optimization in 2015.

The client was dissatisfied with the previous service provider’s inability to follow mobile data pooling traffic and significant overbilling, and the unending billing complaints and negotiations for a cost review. The unfortunate situation stemmed from a significant increase in data traffic that the previous contract did not handle properly. When forming the new contract – in addition to the favourable tariffs – we put special emphasis on the purchase, support, free unlocking of the devices and also on the commercial and technical conditions of the pooling data package.

It was also expected that even though 5 different company units would sign the contract, minimum commitments and pooling framework would be shared among them, thus ensuring free passage between companies.

The analysis included mobile voice, mobile data, and PBX services. Due to the small usage of the latter, we also examined the rates of fixed telecommunication in order to determine whether or not the existing GSM gateways are necessary to keep. The analyses confirmed that eliminating the gateway did not only simplifie the structure but also saved costs.

Due to the significant international and roaming traffic, we also made separate user analyses and recommended the addition of a separate tariff group for the heaviest users. The winning service provider offered a flat rate package at EU level with large amounts of roaming data.

Former data pooling problems have been remedied, every user is now free to enjoy the public quota and usage over the quota is not more expensive, meaning there is no need to increase the size of the package when the usage increases. Moreover, the amount of data usage per user can be measured monthly, so in case of any extraordinary use, immediate intervention is possible.

As a result of this project, the monthly average cost decreased by 49%, as well as the winning supplier providing ten thousands of euros of phone purchase allowance. The average cost per subscription is less than 11 euros today (including roaming, data usage and international calls). 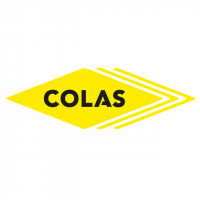